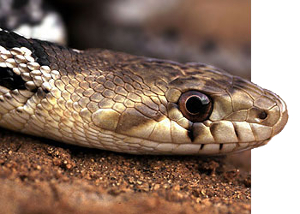 I recently moved a baby snake from my parking garage. I did it for two reasons: (1) Save the baby! (2) Play with a snake!

I then did something much more random. I wrote up a detailed email about the mini-adventure, and I sent it to my apartment’s building manager…because why not? Actually, there’s a good reason to not do this: it’s weird. Then again, I don’t do this type of writing very often, so it was fun. Below, you can find a relevant YouTube video. Below that, you can find an slightly edited version (emphasis added) of the email I sent to a stranger.

If you are busy, don’t bother reading this email now. There is no urgency. This is just an “FYI” sort of thing.

I feel obligated to let you know that I removed a small snake from the parking garage at [address]. I threw it outside about 100 feet from the building.

I probably looked rather ridiculous during the whole situation. If someone alerts you to “suspicious activity” involving a short Asian man with glasses, black jacket, black gloves, brown backpack, red tennis racquet, and plain cardboard box…well…that was me.

I went back to my apartment to gather some supplies. I put on a pair of batting gloves. I then put on a pair of tactical gloves over the batting gloves (I was not a soldier or a cop; I was given tactical gloves when interning for the Navy; they wanted the interns to move some warehouse crap so they gave us nifty SWAT gloves to make us feel special).

I proceeded to “arm” myself with a tennis racquet and a small cardboard box. I felt quite safe…until I finally approached the snake and it started lashing out. I hope there are no security cameras that captured my fear on tape.

After I ran around the snake a few times, it probably got dizzy because I was able to finally get behind it without its head tracking me. I slowly moved my box and racquet closer to him. With the type of bravery often associated with stupidity, I swatted the snake into the box. I was really quite proud of myself at that point.

But of course there was a plot twist. I walked over to the garage gate, but I guess its sensors are designed to discriminate against non-machines because it would not open for me the same way it opens for my car. I went back to my car, which was still resting in its parking spot. I hit the garage opener button inside the car. Nothing happened, so I considered driving my car closer to the garage gates.

That would require leaving my snake box on the floor or bringing the snake box into the car with me. I didn’t want to create a “suspicious package” situation, so option #1 was out of the question. I had no way of keeping the box shut other than holding it closed with my hands, so removing my hands from the box to drive seemed like a bad idea. That’s how option #2 vanished.

I ventured into a stairwell to find an exit. To my dismay, I ended up at an exit door that recommended I do not disturb it lest it disturb the rest of the building with an emergency alarm. Faced with the facts, I had to use the elevator to go down to the lobby. By the way, is there a way to get to the lobby via stairs? Maybe I missed a door.

I finally made it outside. I walked down the road to get to the spot where [street #1] and [street #2] split (or merge, depending on your mood). I walked about 10 feet up [a hill]. It was here that I decided to open the box and drop the snake. It was here that I probably looked the most suspicious (and awkward). I made a motion similar to tossing water out of a bucket, but no snake was ejected from the box. I’m sure nearby drivers thought I was a lunatic had they looked my way as they drove by.

I slowly turned the box towards my face to look inside. I didn’t completely aim the top of the box at myself because I’m not crazy, but as I peered into the box at a very acute angle (or obtuse, depending on your mood), I realized the little animal was hiding under a flap. I felt a certain sense of guilt at that point, but the baby was likely going to face death by Goodyear if I hadn’t disturbed it.

I turned the box in a few different ways until I heard the snake fall from its hiding spot. Finally, I released the snake. It landed belly up, which made me feel like a jerk one last time.

For the record, I did some quick online research just now. It was likely a harmless gopher snake. I watched a YouTube video of a man letting a wild gopher snake bite him because apparently those babies have no teeth. How interesting.